Beacons, Radios, and Trackers, Oh My!

A friend just asked me which I prefer: a radio or a Personal Locator Beacon (PLB). Their PLB is at the end of its lifespan and needs to be replaced. They are considering just getting a marine radio instead of replacing the PLB. I thought a bit about what might make the most sense between available beacons, radios, and trackers. For most of the kayaking I do, a good VHF radio is all I need. In Puget Sound, there is enough vessel traffic and enough marinas that monitor the emergency channels that being out of communication range is very rare.

If You Have To Pick…

For me, the marine radio is the way to go. I can communicate with the ferries that are all over Puget Sound. I can listen to the Puget Sound Vessel Traffic and have some idea if there is a container ship just around the bend. My paddling partners & I also use it to communicate with each other on recreational frequencies. If you decide to go this route, you need to learn the proper etiquette for radio communications. It’s not that complicated, and in emergency situations, the formula for calling for help gets rescuers the information they need quickly.

Where I live and kayak, a radio is the right answer for me. Your situation might be completely different, or you might be planning a paddle someplace remote. If you are paddling where other people or vessels are few and far between, a PLB is going to be a better safety device. All the PLBs I’m familiar with use satellites, so there are no issues being out of range. Also, PLBs use GPS so they can help even if you have no idea where you are. Lift tab, push button, get rescued.

Do You Know Where You Are?

Our paddling partner has a GPS tracker. It has come in very handy when paddling in a heavy fog. Give the GPS tracker the place you want to go and it points the way. Before there was GPS, my uncle and I used a compass and a chart. Add in some unaccounted for cross-currents or winds and you can end up miles from where you were aiming for. A GPS tracker can also come in handy if you are calling for rescue using a radio. Instead of giving an approximate location, you can provide your exact coordinates.

In the years since I acquired the radios I currently use, they have made some improvements. You can opt for a VHF radio with built-in GPS so if you call the Coast Guard it can give them your coordinates automatically. Some of these even have Bluetooth so you can make calls from your safely stowed cell phone through the radio. I haven’t seen it yet, but I don’t think a VHF radio with a built-in PLB is too far in the future.

What Works for You?

When all is said and done, your decision between beacons, radios, and trackers depends on your situation. The deciding factor for you may not be the same as mine. As long as you end up with the safety and communication tools you need, that’s the most important part.

A PLB on the PFD - don't have one but for crossing the strait....absolutely. Wearing gloves, cold exposure....could mean not being abke to use the VHF. WIth the hx300 not having that dsc function, the plb is a nice addition. 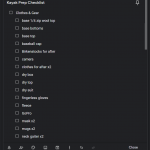 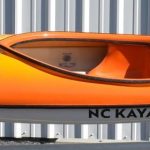 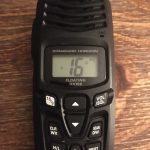