By 9:00 on Sunday morning, we had stopped on the downwind side of Point No Point to make a few adjustments, check our field repair, and prep for our upcoming open water crossing. We’d made good time from our campsite at Eglon. If you look at our track, it appears that we paddled over land for quite a while. It wasn’t technically over land at the time, but with the tide going out, we did have to carry our boats back down to the waterline when we were ready to launch. We ended up wading through ankle-deep water for a while before we had enough depth to launch without running aground on a sand bar.

We paddled around the point and headed across the bay towards Norwegian Point. Although we weren’t planning another stop, the point was almost directly between us and Foul Weather Bluff, where we start our largest open-water crossing of the race. Just as we were about to pass the beach at Norwegian Point Park, Melissa’s right foot brace slipped loose. We took a moment to land and reset that brace before heading towards Foul Weather Bluff.

Making Progress… Or Not

As we paddled along the shore, we tracked our progress by the houses we passed. Until we stopped passing houses. We noticed that we were just hanging out next to the same couple of houses for a while. We were paddling into a headwind, and we had paddled many miles over many of the last 36-ish hours. But we still should have been making progress in these conditions. We must be in a back-eddy.

As we discussed how to proceed, the water shifted from small, organized whitecaps coming directly towards us to a mix of small and large waves coming from all directions. The water was roiling around us, and requiring various bracing strokes to keep our hulls down and decks up. We could see calmer waters nearby, and decided to aim for those. This required turning our boats abeam to the worst of the waves, which is never a very comfortable position to put oneself in. By allowing the angriest waves to push us back towards Norwegian Point, we were able to escape the roughest part of the water.

Our trusty copy of Tidal Currents of Puget Sound shows a large, counter-clockwise swirl during the part of the tide cycle we were experiencing. We were closer to shore than we have normally been in the past, staying out of the worst of the headwinds. But that meant that we were smack dab in the worst of the gyre. 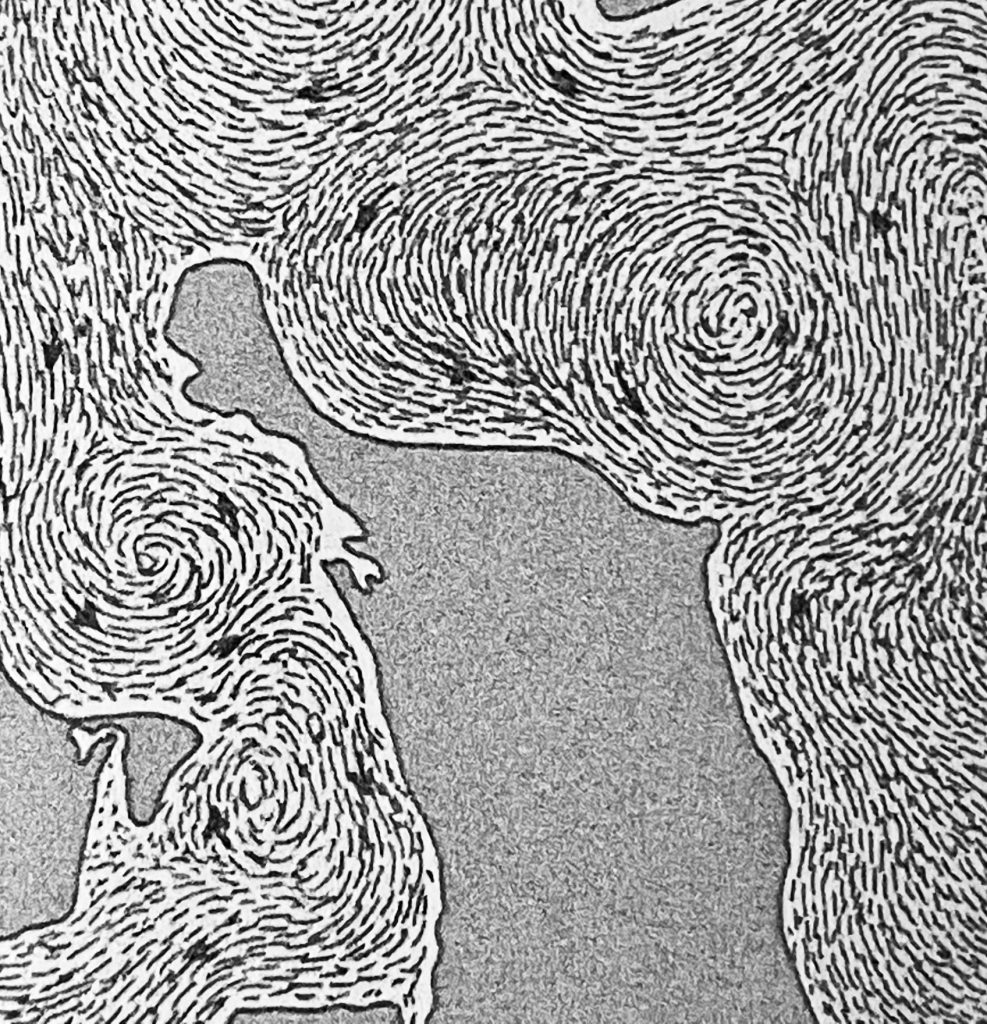 To make matters worse, we were in the midst of a nearly 13-foot tidal exchange. That meant that the current through this area was in the process of changing from 0.96 kt with us at 10:12 am to 0.84 kt against us at 11:36 am – that’s about an hour and a half to make a nearly 2-knot change. When you add in the winds that were multiplying that “against us” factor, it’s no wonder the water was cranky.

Once we reached the calmer water near shore, we assessed our options.

Option one: we head away from shore. We could try to catch the portion of the gyre that was heading in our direction. The sea state wasn’t terribly inviting. The headwinds would be hitting us with many more miles of fetch at their backs. Cons: tired paddlers and a field repair we weren’t 100% certain about. Heading away from shore seemed like more risk than we wanted to take on.

The shoreline here included a mix of sand and rock, with giant boulders hanging around just under the surface every so often. We would need to thread the needle to make this work. Our path would need to stay close enough to shore that we were able to make headway against the current. But we would also need to stay far enough away from shore to avoid the boulders lurking underwater. It would be a tight fit. We managed to find our way, though we had to occasionally paddle single-file.

Once we made our way past the worst of the currents, we were able to leave the shore and head towards Foul Weather Bluff. We had lost hours of race time to fighting the current. We were feeling that fight in our tired bodies. It felt good to make progress again. When we looked later, we weren’t surprised to see our first curlicue track: 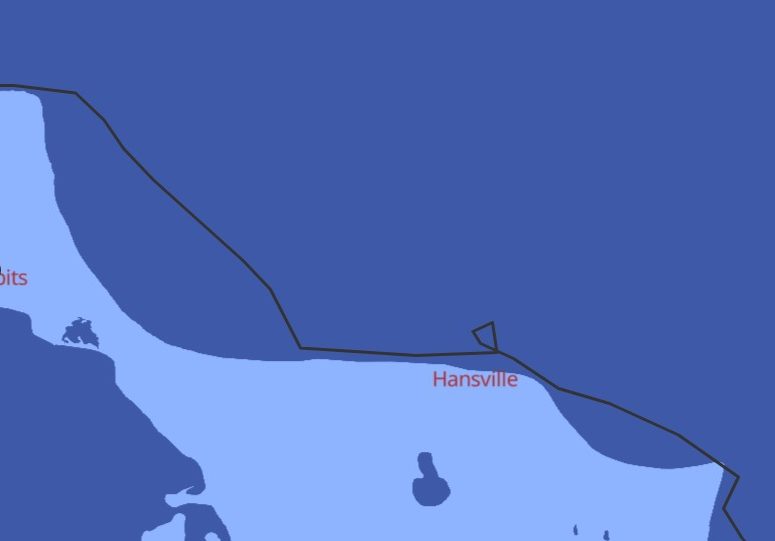 We made our way to Foul Weather Bluff, on this day the bluff was doing its very best to live up to its name. We paused to check the weather forecast, check in with each other, and look out across the longest open water crossing of Seventy48.

Stay tuned for our next installment… 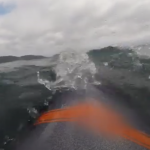 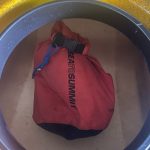