Our biggest Island Yet!

In our continuing quest to circumnavigate the islands of the Puget Sound, we succeeded in paddling around Vashon and its tied companion, Maury Island.  Maury Island was connected to Vashon by homeowners in 1913 but was only an island at high tide so we don’t feel the need to do it independently. We launched from Point Defiance Marina at 7:30 a.m. and headed out towards the west side of Vashon.

Colvos Passage is the tidal strait between the west side of Vashon and the Kitsap Peninsula. The currents there permanently run predominantly north. That’s slightly different from what we commonly hear, “Colvos always runs north”. For your trip planning, the difference may be academic. It’s always advisable to tackle Colvos to the north if you want to go with the current. On a full or new moon, Colvos spends a couple of hours a day in a very slight flood. Most of the time, you’ll see current tables for Colvos vacilating between slack and ebb.

We are very familiar with this part of our circumnavigation of Vashon. Not only is it close to home for us, it is on the Seventy48 race route. We have friends in Olalla who let us set our shuttle car with them many different weekends when we were training in 2018. Once we were paddling longer distances, we could set a car at the Southworth Ferry dock and paddle to that instead. It’s so convenient, we have paddled Colvos from at least five different launch sites: two different spots on the Thea Foss waterway, Owen Beach, Wollochet, and Fox Island. We’ve done it so many times that my wife can give you a guided tour of her favorite landmarks in Colvos Passage, with commentary on when she first noticed each one. 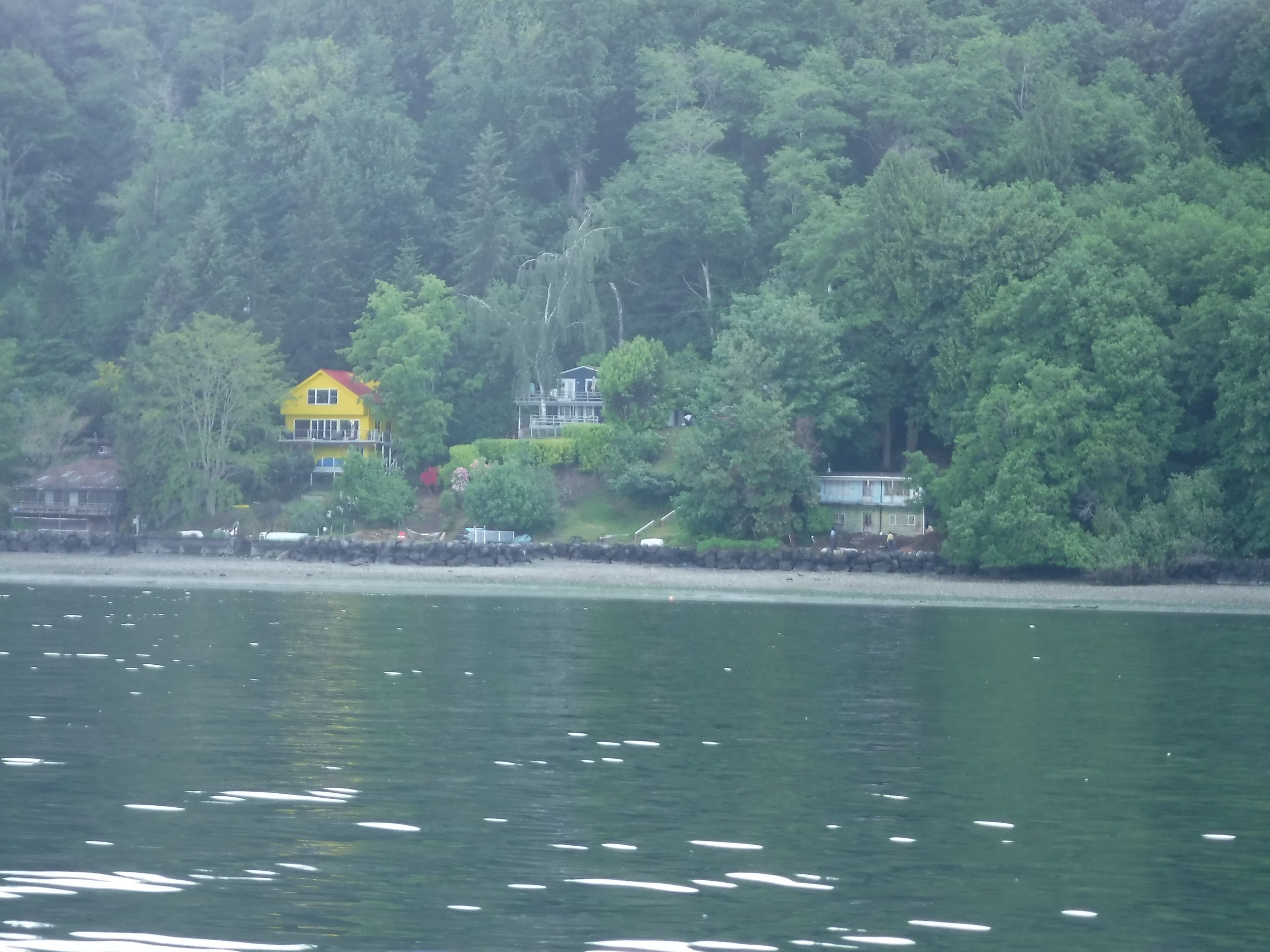 On the tour of Colvos, this house stands out with its yellow walls and red roof. We call it the McDonalds house.

Our first stop was at Lisabuela Park, a little less than halfway up Colvos Passage. We kept our break short. A quick snack of vegetables and cheese, a nature break, and back in the kayaks. The north half of Colvos is where my wife’s tour really kicks into gear. This is also where Colvos is more exposed to winds form the north, which can slow our progress. Landmarks along the way let us know that we’re moving forward even when we’re fighting headwinds. Once we arrive at the north end of Vashon, we also enter a busy ferry area. The Vashon Ferry Terminal has routes to both Southworth and Fauntleroy. Add it all together and it can be a busy place for a paddler. Fortunately for us this time, the winds were light and the ferry had just pulled away from the slip. We were able to take the shortcut under the dock and make our way to Winghaven, our second stop.

At Winghaven we had lunch: soup and some nice, crusty bread. It had taken us 6 hours to get to Winghaven, and we were not quite half way. Because Maury Island essentially sticks out of the side of Vashon, the east shore is a bit longer than the west. We had planned on two stops on the east side since it is going to take longer. The first would be at KVI Beach, a sandy point of land that has a large radio tower on it. The second planned stop is at Maury Island Marine Park.

Once past Point Beals, we could see the easternmost tip of Maury Island southeast of us and momentarily considered going directly to Point Robinson. We ultimately decided not to over-tax our bladders and instead headed almost due south to KVI beach. During the paddle in this section, both my phone and my wife’s phone shut down due to overheating. I had forgotten that the phones get too hot in the summer in their cases if left in direct sunlight. This mistake causes us to lose some data from various tracking apps we had running. If it weren’t for the Garmin, we wouldn’t have had a good track of our path around the Island.

After a quick biology break at KVI Beach, we were back in the kayaks heading towards Point Robinson. It’s interesting to look at the shipping lanes on a satellite map. They appear to go right up to the shore at Point Robinson. As we were getting close we heard the unmistakable rumble of a ship making its way to Tacoma. The commercial ships plying the waters of Puget Sound are not something to mess around with. They have the right of way while in the shipping lane and probably won’t see you. Even if they did see you, they are usually moving at more than 10 knots and won’t be able to stop or maneuver around you. So my advice is to make very sure you are not in the way.

As we watched, the container ship turned to go around Point Robinson.  A powerboat with two folks fishing stayed in place as the container ship cleared their location by less than 20 yards. As the ship was passing them, they pulled their lines and started their motor. Once under power, they turned into the ship’s wake and drove through the waves. Once the wake had dissipated, they went back to fishing in the same spot. I would have moved a lot sooner. They had clear visibility and must have seen it coming. Since I don’t have anything nice to say about their decision making, I’m going to leave it at that.

We had our final break at Maury Island Marine Park, we have a little over 6 nautical miles to go. We ate some sandwiches and had vegetables with blue cheese dressing. It took some time before we convinced ourselves to get back in the kayaks for the last leg. We were tired and already sore from the paddling we’d done that day. At that point, we had paddled further than any training paddle we’d ever done – even the day that we tackled four different islands. Before we launched, we turned on our stern lights since we would be paddling into civil twilight. We did not want to be run over as we made our way back to Point Defiance.

Our Vashon paddle was 13 and a half hours long; we paddled for 11 hours and 25 minutes of that covering 32.76 nautical miles. Our average speed was 2.69 knots. When gearing up for a longer paddle, we would normally put in some solid mileage in the weeks leading up to it. This time, due to weather and other circumstances beyond our control, we did not manage that goal. This was my wife’s first paddle in 5 weeks. Our paddle partner and I had gotten a 12 nautical mile paddle in the week before. Prior to that, we hadn’t been on the water for 4 weeks. For a cold run at Vashon I think we did really well. We saw a lot of wildlife including eagles, sea lions, seals, and harbor porpoises on this paddle. All in all, it was a good day. Long, but good. 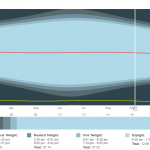 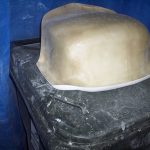